Beau’s Bridge Club is an animal welfare organization dedicated to saving and improving the lives of pets most at risk in the shelter system through rescue, foster, financial assistance, and adoption.

We believe that all animals deserve a chance at happiness regardless of age or circumstance. Unfortunately, the statistics do not agree and seniors and special needs animals are among the first groups of animals to be euthanized for space in shelters across the United States. We are making a small dent in the statistic by providing a way for these special pets to get the help they need while they wait for their forever home. By partnering with rescues and taking pets out of the shelters we not only free up valuable space for the shelter to save more lives, but allow special needs animals, who may need the extra care and comfort, to be in a home with warmer and cushier surroundings.

Why We Do What We Do 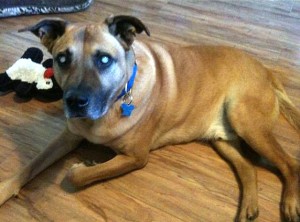 Our work at Beau’s Bridge Club is inspired by the senior foster dog of founder, Karen Conover. Back in June 2012, Karen’s daughter convinced the family to find a senior dog who looked like his time on earth may be limited and give him the happiest last days of his life. They searched throughout the Bay Area and found Beau, a twelve year old, eighty pound dog who was blind from birth and had been with a rescue for two years already. They went to visit him and he hobbled out of his kennel too stiff to move his body in a way that looked at all comfortable. He was distant and kept his eyes to the ground with no wag left in his tail. He wasn’t in pain and had nothing medically wrong besides his old age and blindness, but it looked from his demeanor that he had limited time. The Conover family took him into their home, which already had three dachshunds, and gave him a nice comfy bed to lay on. The dachshunds didn’t seem to mind much and Beau didn’t seem to notice them except for the occasional “woof” which they took to be grumpy old man-dog saying, “get off my lawn, you young whipper snappers”. He remained in his stiff, detached own little world for a couple of weeks when something amazing happened. Beaus started to liven up.

As if time started running backwards for him, he started to perk up and interact with life again. His gait became smooth and even swift. He started to explore his surroundings on his own. He connected with the Conover family, especially the father whom he would follow from room to room letting out a single half bark to request pets on the head. His tail started wagging again to the point that if you were unlucky enough to be within striking distance, his tail would give you a nice slap on the leg. He even started sharing his bed with the dachshunds.

When the Conovers picked Beau up from the rescue, it seemed he only had days left. After he came into a home, though, he blossomed and days turned into weeks. Weeks turned into months. Months turned into years. He passed peacefully in his sleep in August of 2014 on his nice comfy bed in his nice comfy house surrounded by love.

We believe every senior and special needs animal should have a chance not only to be loved for as long as they are here on this earth, but to be able to change the lives of foster families for the better.